Home » Devotional » 179: When Discouraged, Stay Away from Negative People

179: When Discouraged, Stay Away from Negative People Read Nehemiah 4:1-15. What has the most potential to make you feel discouraged? I guess most of us would say the difficult situation we’re in. But consider this for a moment: entrepreneur, author and motivational speaker Jim Rohn once famously stated, “You are the average of the five people you spend the most time with.” 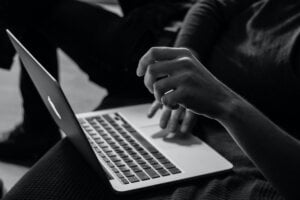 Nehemiah saw the impact the people of Judah’s enemies were having on them. They were angry about Jerusalem’s walls being rebuilt. They mocked the people’s efforts. They suggested they weren’t up to the job. They made fun of what they had achieved, suggesting it wouldn’t last five minutes before it collapsed again. And suddenly the people of Judah were discouraged. They started to complain. They lost confidence in themselves and in God. So, Nehemiah placed armed guards around the wall and kept the enemies away.

Don’t listen to the negative people in your life. Don’t let them drag you down. Keep your eyes fixed on Jesus. He will enable you to keep going.

•          Is there anyone in your life who drags you down? Are there ways you can avoid their negativity?

Share this ArticleLike this article? Email it to a friend!
Email sent!